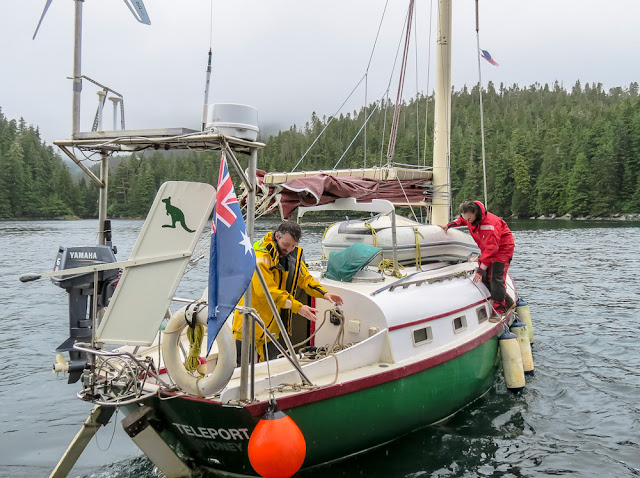 Why the name 'Teleport'?
Teleportation is defined as "When an object disappears from one place, and reappears in another" - and that, in a nutshell, is what sailing is all about...

We met Chris Bray and Jess Taunton in July when the s/v Teleport tied up across the dock from us at Baranof Warm Springs. The boat's unusual rigging and friendly, outgoing crew invited queries and conversation, so we popped over for a meet and greet with our new dock neighbors. After a bit we traded boat tours and spent several hours visiting and swapping cruising stories. Oh my, did they have a unique cruising tale! The couple were completing the final legs of an awe-inspiring journey, their 2012-2013 transit of the Northwest Passage in that compact, 29-foot, junk-rig sailboat. I guarantee you'll enjoy browsing their website archives at www.YachtTeleport.com to read the journal posts about their extensive preparation and progress across the top of the continent.

Western explorers had searched for a northern passage since the 15th century, repeatedly meeting with failure and occasionally disaster in their hunt for a shorter route from Europe to the Orient. Finally in 1903-06 Roald Amundsen took three years to make the first successful crossing. Others eventually followed, but it was another forty years until Sgt. Henry A. Larsen, an RCMP officer, sailed through in a schooner in 1944 for the first single-season transit. Since then ever increasing numbers of commercial vessels, small cruise ships and recreational boats have transited the passage. A large cruise ship plans to run the passage in 2016 (link)... really? a large cruise ship?! Recent changes in the ice pack as well as improved charting, equipment, icebreaker support and satellite imagery have all contributed to the growing number of successful passages, but it still remains a major challenge.


To reach the Northwest Passage from the Atlantic requires a hazardous voyage through a stream of about 50,000 giant icebergs, up to 300 feet (90 m) in height, constantly drifting south between Greenland and Baffin Island. The exit to the Pacific is equally formidable, because the polar ice cap presses down on Alaska’s shallow north coast much of the year and funnels masses of ice into the Bering Strait, between Alaska and Siberia.(link)

Ah yes, the images, those all-important visual memories of any good journey, which takes me back to Chris and Jess and their well-traveled s/v Teleport. Spend some time viewing their photographs and marvel at the scope of this undertaking. These adventurous Australians, professional wildlife photographers, also offer photo classes and lead wildlife photo safaris throughout the world… when they aren’t out sailing. (link) 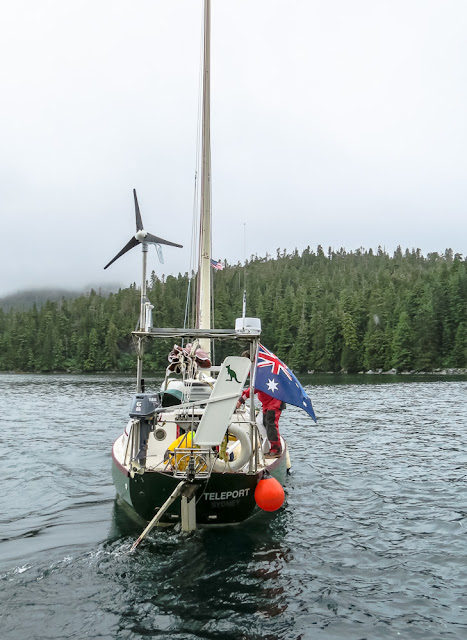 A guided photo adventure sounds very tempting... some time when we're not out cruising in SE Alaska.