Departure morning began several hours before dawn with noisy activity along shore and on the docks as well. Tugboat crews fired up early, the Quadra Island ferry sounded its arrival/departure horn, noisy water taxi passengers gathered for the first runs of the day, and truck tires crunched and spun throughout the gravel parking lot. We waited to untie until 20 minutes before official sunrise, until logs and drift would be easier to spot.

Shades of gray colored the world early on; dark, dark gray water below, medium gray sky above and light gray fog patches moving all around, limiting visibility. With zero wind to ruffle the water it was easy to spot the many logs that peppered the channel along the southeast shore of Vancouver Island. That was appreciated since so many round, peppercorn-like chunks in the distance turned out to be the end of ugly spear-like telephone-pole sized logs!

There were few vessels traveling along our route, just a couple of ferries, two water taxis and a handful of small fishing skiffs. The day lightened up a bit, changing from gray to gray-blue and the water remained flat calm. Seagulls, osprey, eagles and an occasional seal provided some interest along the route, but this was mainly a day to cover some miles and appreciate the perfect cruising conditions as we headed south to the shipyard. 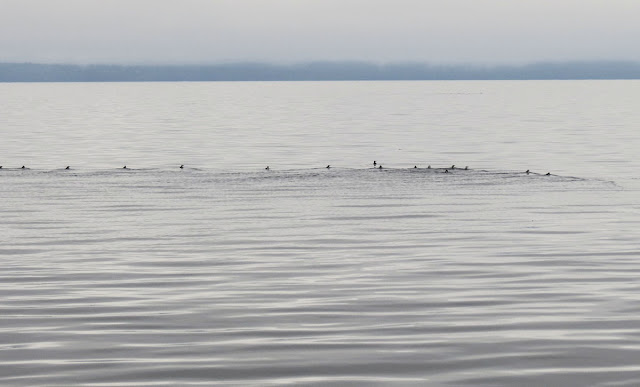 Posted by SeattleDee at 11:28 AM No comments:

B is for Bait

A bag of 2012 bait, filled with chunks of salmon carcass, gave rise to a fun photo op when I cleaned out the freezer. 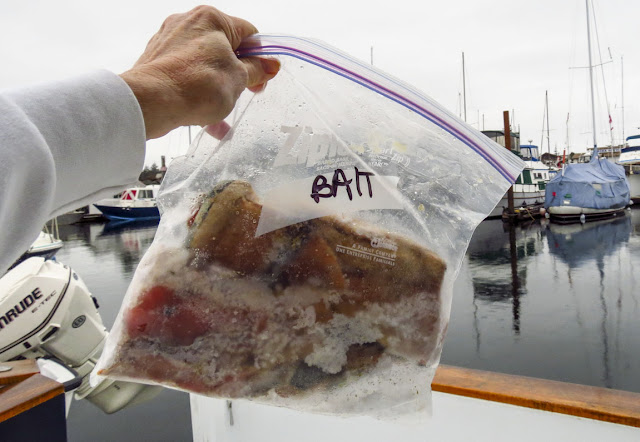 One gull spotted me walking out the salon door with ziploc in hand. Was he sitting at the fish-cleaning station across the fairway, waiting for a free lunch? 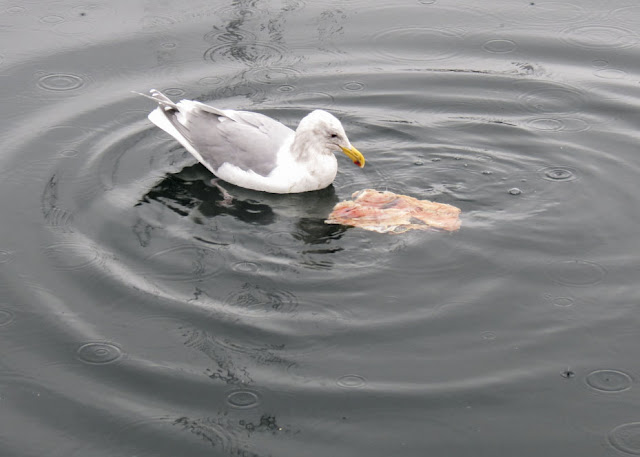 A second seagull arrived to drive off gull #1 and bullied his way up to the defrosting salmon frames. 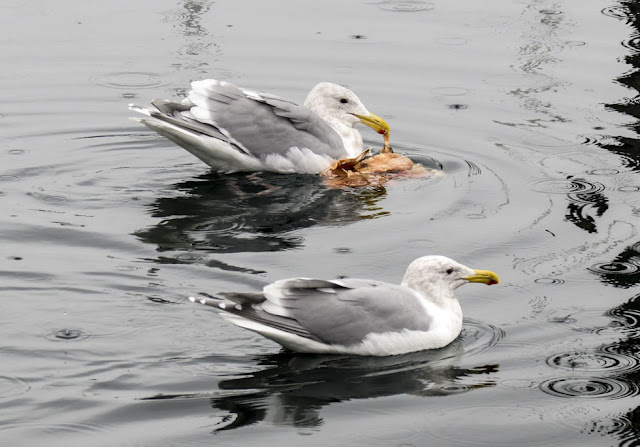 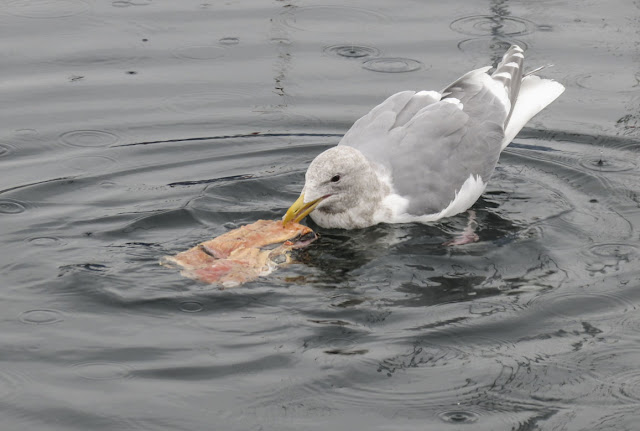 Then the air filled with squawking, diving, feisty birds as they all asserted their claim to this fishy treasure. 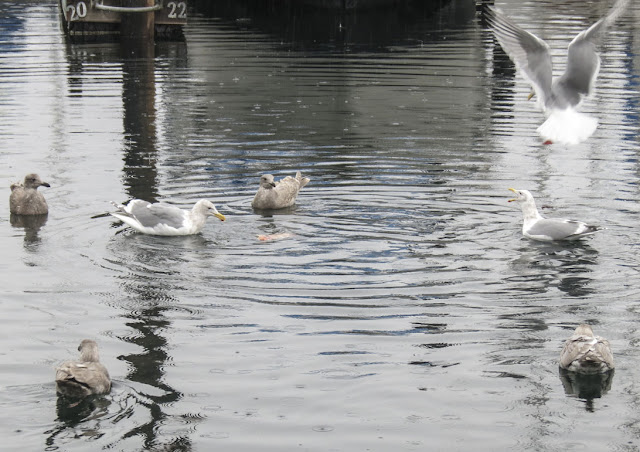 No contact or actual combat occurred - it all appeared to be posturing and complaining as the dominant birds swooped in and the others scattered.

Hey!!! who invited the seal? 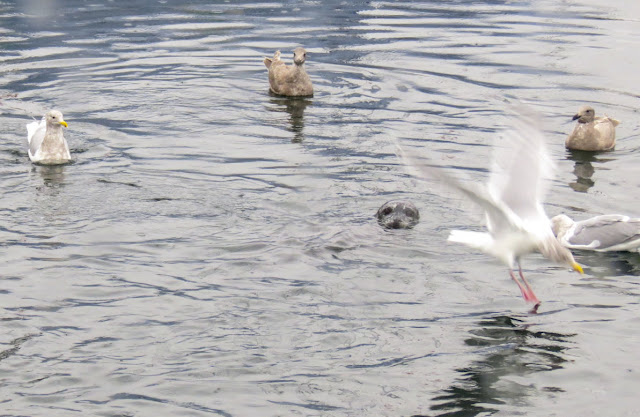 That did it, one seal mouthful and the party was over.

Posted by SeattleDee at 3:31 PM No comments: