Cruising the Outside Waters

Outside waters, that’s what NOAA Weather calls this region of SE Alaska. If you look west you can see Kamchatka. No, not really... Kodiak Island and the Aleutians would get in the way. But trust me, it looks like an empty horizon where you can see the edge of the earth. Southern Baranof Island has some of the most stunningly gorgeous scenery in SE Alaska. The western coastline is rugged, with narrow fjords running inland for miles between towering, jagged mountains. Crashing surf from the Gulf of Alaska buffets the seaward side of the many small islands and the entrances to the fjords. It is gorgeous in the sunshine, and almost ghostly in the fog. 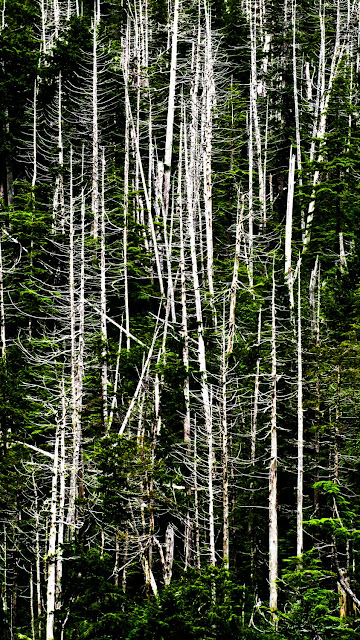 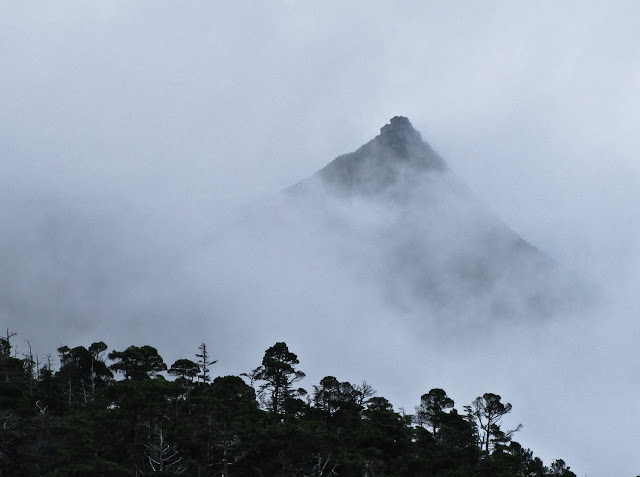 We have explored a portion of this coastline before, but were turned back by wind and high seas, boat issues, or a schedule that wouldn’t allow for waiting out the weather. This year we had a good weather window, with predicted reasonable seas and no fixed schedule. But weather is an ever-changing issue, so we kept our cruise plan flexible.

We traveled south from Sitka along the coast between Cape Edgecumbe and Cape Decision, running inside the protection of small islands whenever possible. We stayed inshore, out of the big water, and had the choice of running into any of the many sheltering inlets and bays if the winds blew up unexpectedly. 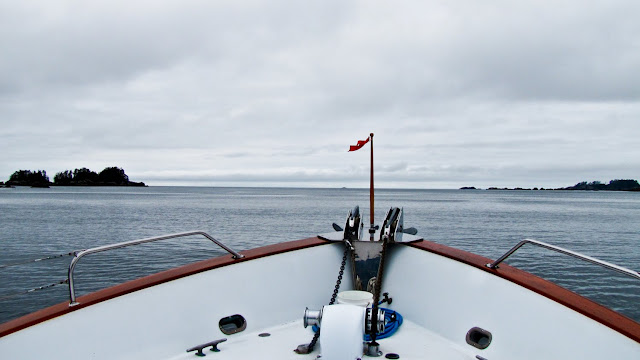 Many boaters love to travel outside in the open ocean, but I favor the security of the inside/outside route, even if our path has us winding through small, intricate passages. Some of these passages were narrow, winding and so shallow that I declared we don't need to do that again! The captain didn't comment (smart man). 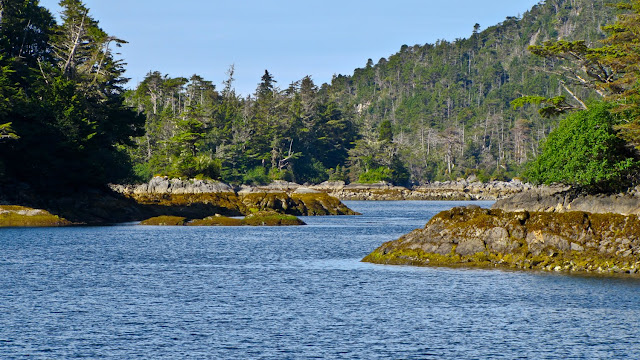 Salmon runs were miles offshore and so were most of the fishermen (except for us) . A few trollers worked the inshore area, but we only saw a handful of boats during the week. We didn't see any other cruising boats. 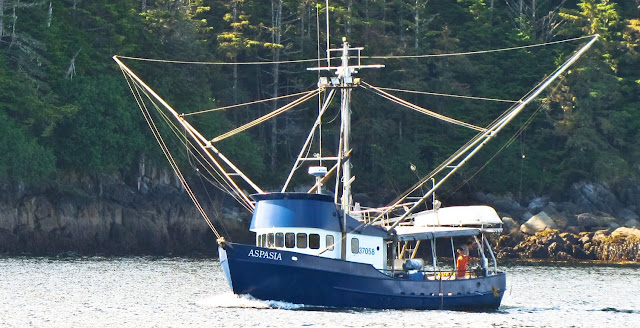 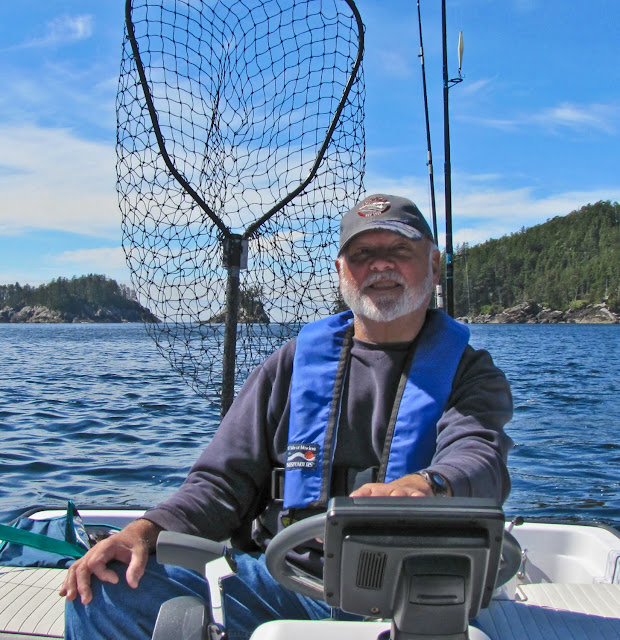 Photo: Capt Ron patiently waits for fish, I brought a book and a camera

The locals report that a burgeoning sea otter population is wiping out the crab along the coast. That may be true, but it's hard not to love these comical creatures. Drat! They always manage to stay just out of range of my camera's 20x zoom - how do they know?

Photos: remember to double-click to enlarge the images. 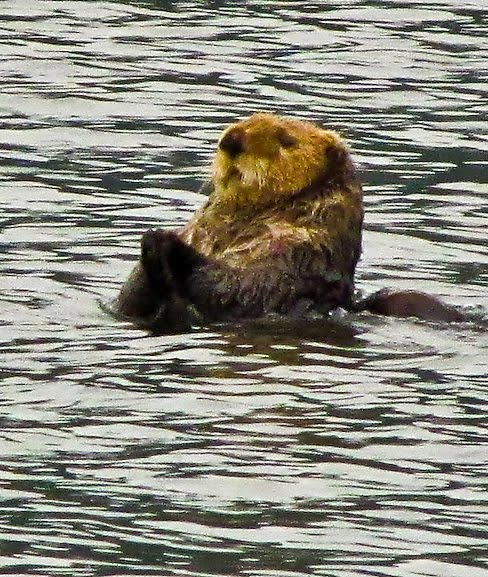 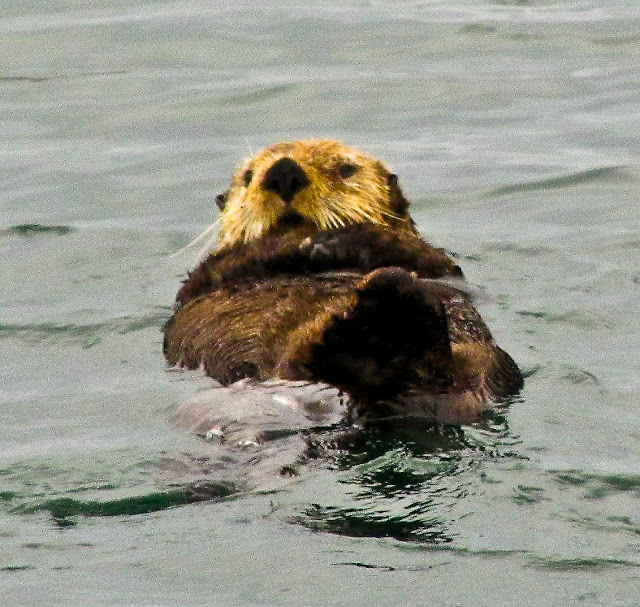 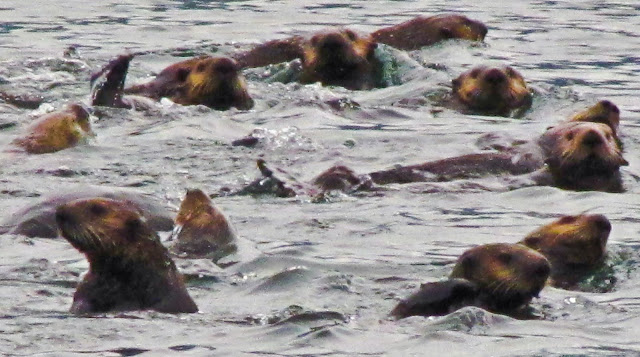 Photo: more than 100 otter, too many to fit in one image!

Goddard Hot Springs, Dorothy Pass, Big Bay, First and Second Narrows, Scow Bay, Shamrock Bay, West Crawfish Inlet, President Bay, Cedar Pass, Herring Bay, Redoubt Bay, Kidney Cove... each one was uniquely impressive, and we were only a third of the way to Cape Decision. Then the weather forecast changed, and we returned to Sitka ahead of the forecast storm with predicted fourteen foot seas. The boat can handle lumpy water, but it's just not fun.

(Note: the weather front stalled for a few days, but turning back was still a good decision. We'll try again another year.) 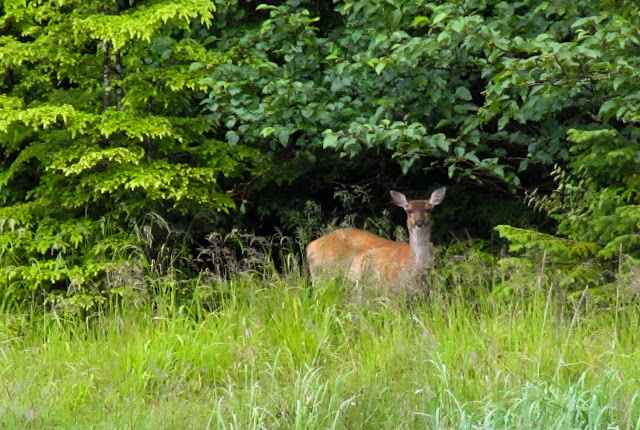 Photo: this deer was curious, coming out of the brush to watch us. 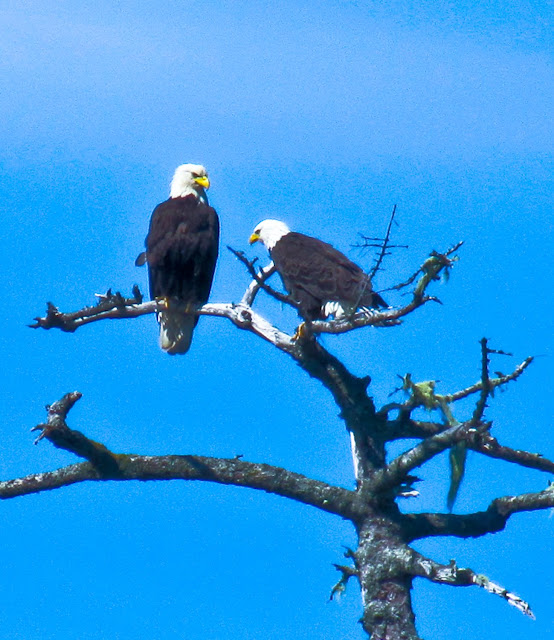 Photo: Bald eagles are easy to spot everywhere... look for the round white spots.

Photo: Seals basking in the sunshine.

Posted by SeattleDee at 7:07 AM